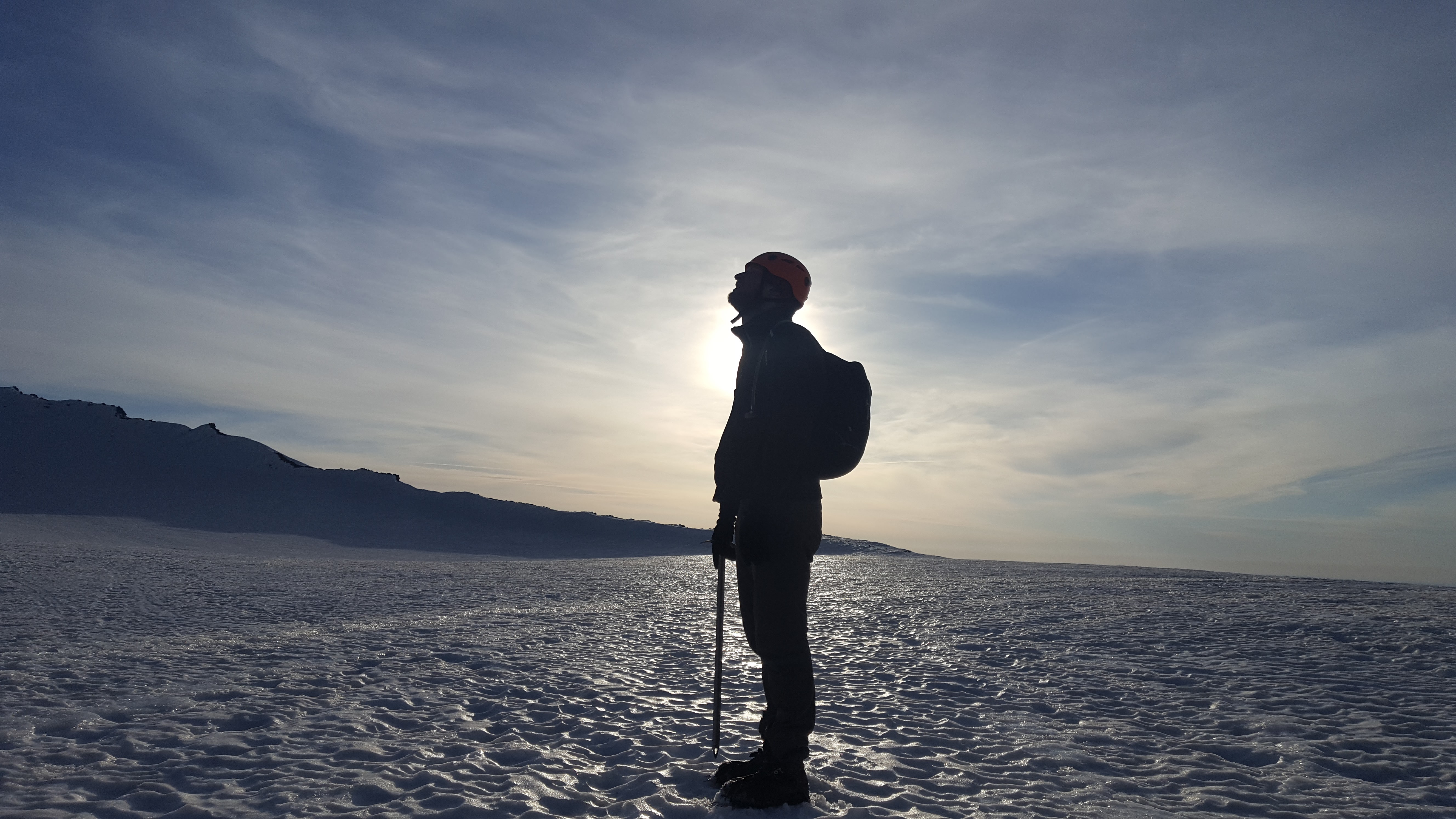 I remember the specific moment I knew I wanted to climb mountains. Standing at the Mt. Hebo viewpoint I could see the Cascade range in all her glory. Something changed. I stood there long enough that I had to run to catch up with my friends who had started walking back to the car. Out of breath I panted,  “I want to climb those”.

“What?”, they said looking around.

“You better find someone else to go with”.

Fast forward to August of last year, it was my 25th birthday so I got to choose the trip. Oregon’s third highest mountain seemed like the perfect choice. Hiked by many and often done as a long day hike, we were excited for a weekend of adventure. South Sister is the tallest of the three sisters and the third highest peak in Oregon at 10,358’ (Mt. Hood – 11,239 & Mt. Jefferson – 10,497).

We left Salem around four in the morning and arrived at Devil’s Lake Campground shortly after seven. By seven the parking lot was already full and we had to park on the highway. Rather than complete the hike in a day our plan was to hike into Moraine Lake at 6,450 ft and camp then pack up camp around three am, ditch our backpacking packs for smaller packs and summit around sunrise.

Our pace to the lake was easy and filled with snacks. Moraine Lake is a high use area so camping is required at designated spots and fire is prohibited year round. We found a campsite tucked away North of the lake with a view of Broken Top. The lake was beautiful and refreshing and a dinner of dehydrated meals filled our bellies as we went to sleep well before the sun set. 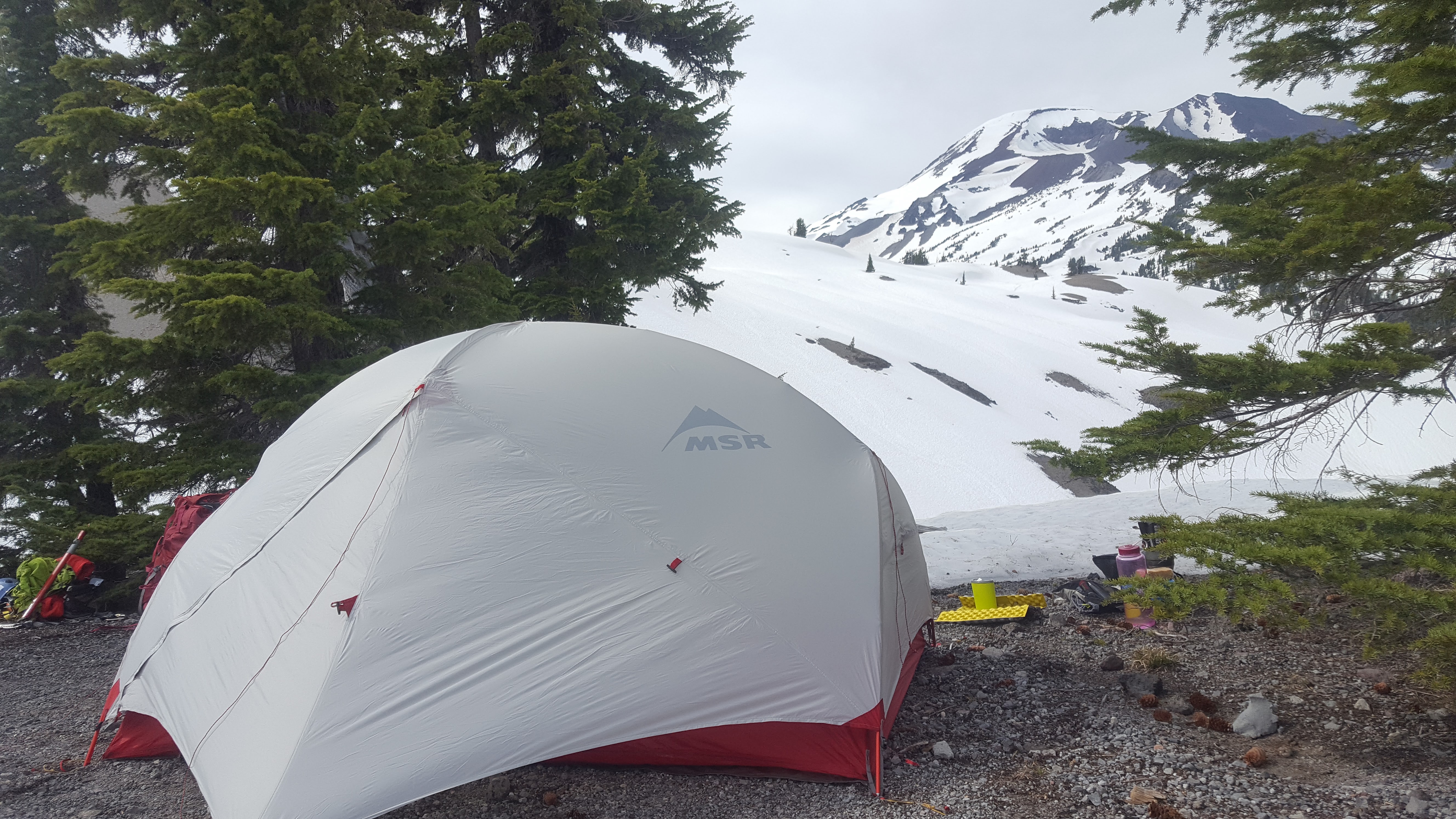 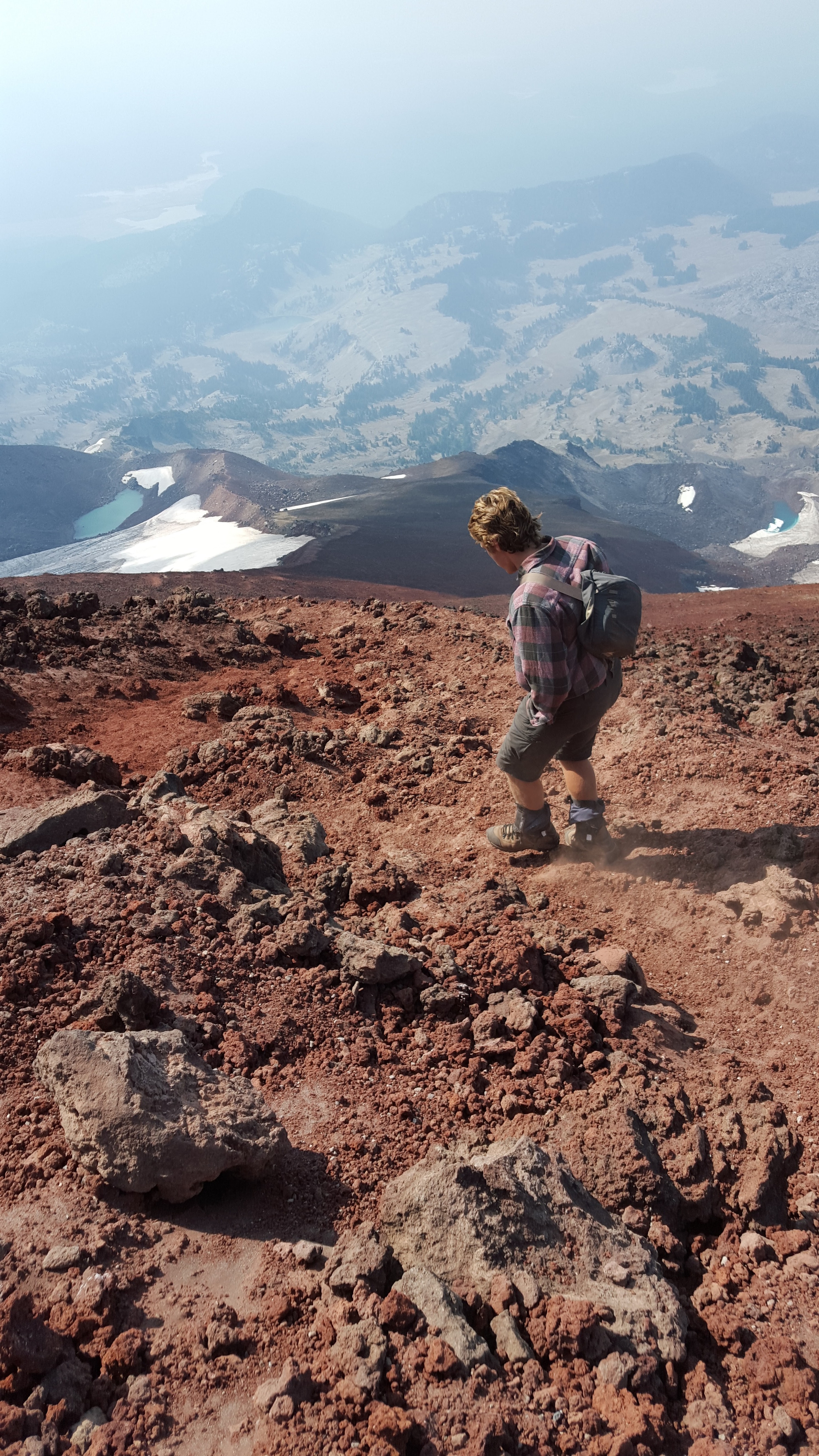 We packed camp in the light of the moon and our headlamps and began our trek up. The trail was easy to follow and we could see the headlamps of those who had started before us above.

I had been warned of the false summit but man was that disheartening. Teardrop Pool is the highest Lake in Oregon and probably named for
the tear you feel going down your face when you realize you still have another mile and 1000 feet of elevation gain to the top. All jokes aside, it was beautiful. The sun was rising past Broken Top as we passed Teardrop Pool and the light made the glacier light up like lava reminiscent of its volcanic past thousands of years ago.

The top of South sister is marked by a crater from its last eruption, the peak is on the far side but it seems like a short walk after climbing. There are stone shelters built to block the wind and two of us waited there for the rest of the group  before hiking to the actual summit. The wait gave us enough time to cook biscuits and gravy and make coffee. Those are still the best biscuits and gravy I’ve ever had.

Because of the wind, the summit didn’t offer much in terms of views but it was well worth it. The hike down was long and hard on the knees. By the afternoon we sat in the patio of Crux Brewery, the Sisters far in the distance and we toasted food and beer well worth the effort.

I am back at South Sister but this time it is covered in snow. We started the hike in Chacos, switched to boots then soon found ourselves in snowshoes heading to Moraine Lake. We found a camp South of the lake with South Sister overlooking us. The plan was the same, wake up early, summit around sunrise, and get back down. However, this time snow conditions and safety dictated our hiking time. An alpine start in mountaineering refers to an early start in order to avoid rock fall, melting snow or avalanche conditions as the sun warms the mountain.

We began our trek at two am. I was grateful to be in the dark because we could not see how much further we had to go. The hiking was steady and our biggest challenge was finding a route in the snow. I found hiking in the snow much more enjoyable than traveling on the loose dirt and scree that covers South Sister in the summer.

The last push to the summit required crampons and ice axes to travel across the steep ice. The top was void of rock and covered in snow. The wind shelters visible in the summer were completely covered by the snow fall. We again made coffee, boiling fresh snow for water. This time, the skies were clear and we could see Middle and North Sister, Three Fingered Jack, Jefferson, Hood and Helens in the distance. For an hour we had the summit to ourselves until a team of two came up the North side roped up from a technical route. We took pictures, chatted and talked about upcoming trips then parted ways. 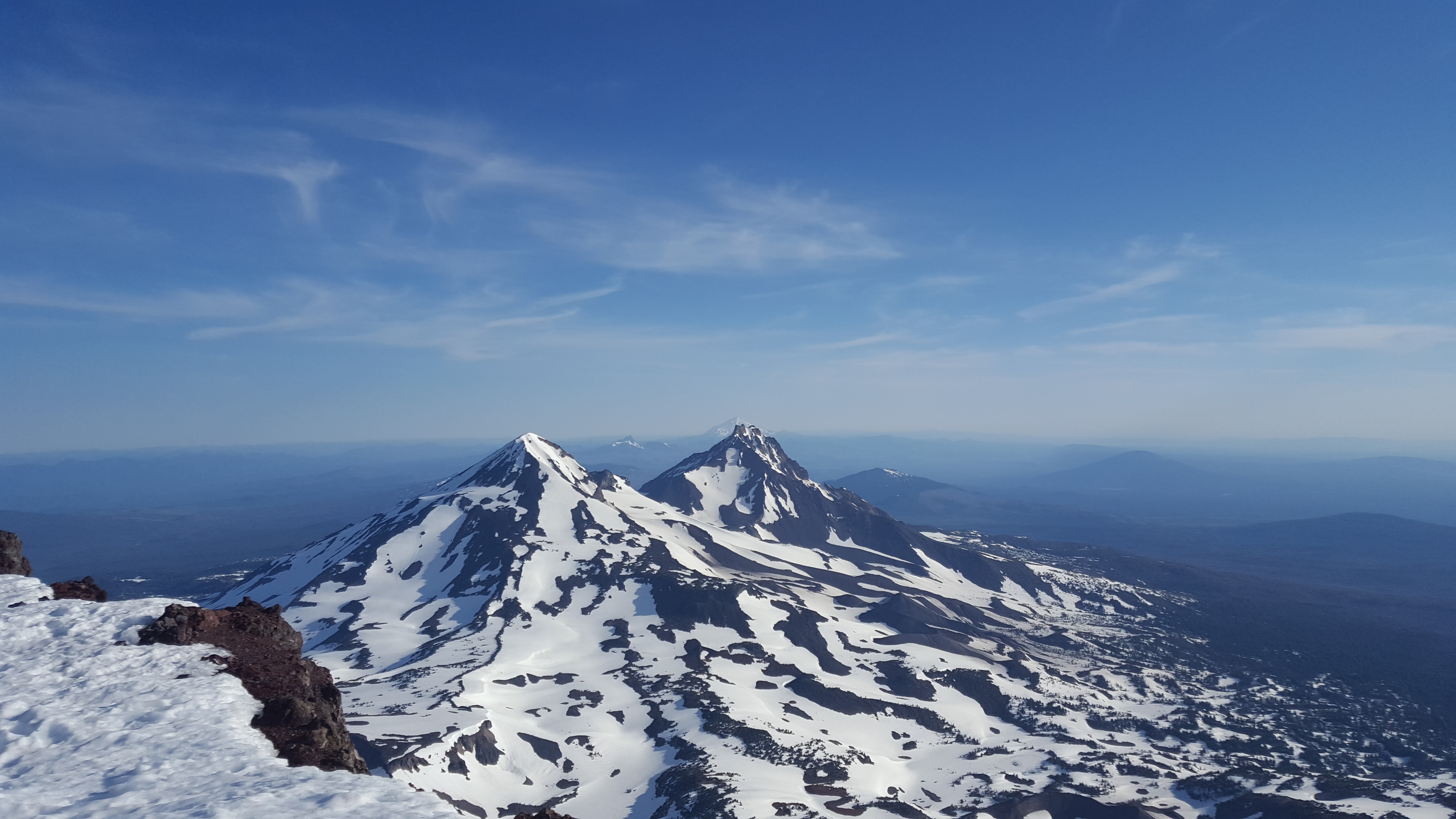 The descent was by far my favorite part of the trip. Rather than destroy my already beaten knees, we glissaded back to camp. Glissading is a technique in which you sit down and use your ice axe to guide you down the mountain.

The trip of course ended with a visit to the Deschutes Brewery for well earned burgers and beverages and a toast to another trip well done. South Sister may not be technical or compare to the other giants of the Cascade range but it will always hold a place in my heart as my first summit on a very long list of adventures.