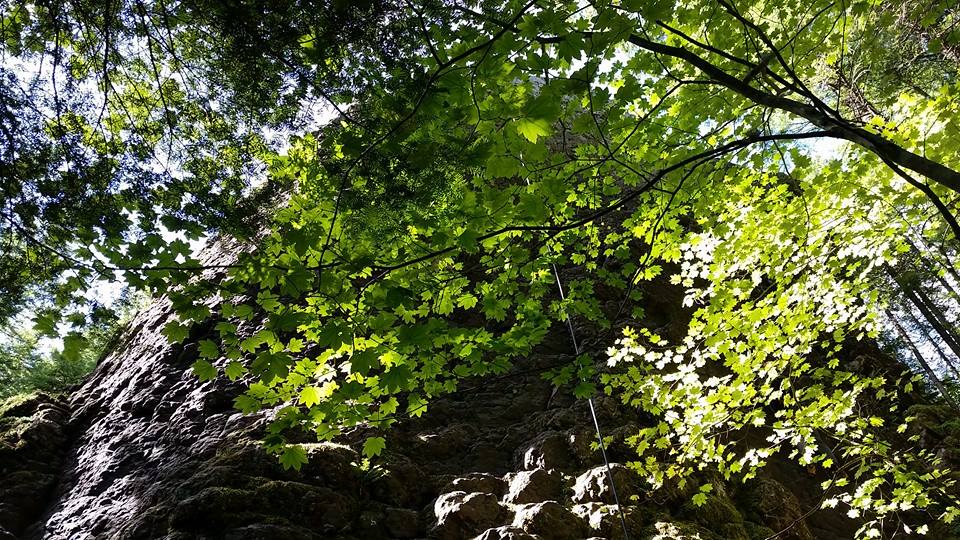 Climbing is full of strange words that have the power to make a beginning climber sound like a weathered veteran: barn-door, mantle, crimp, flash, jug and gaston just to name a few. These terms are often overheard in climbing shops and gyms or while sitting at the base of a route. They are used to break down the experience of a route into an exact sequence of moves.  While there is no arguing that language can help us accurately describe and understand the world around us, I think it’s also possible for language to obscure a deeper connection while climbing. Too much analysis eliminates the process of discovery and presents the climber with a series of correct or incorrect actions, a test to be passed. I was recently offered an opportunity to set the scientific process aside, reflect on the deeper connection and remember why I enjoy climbing during a trip to French’s Dome.

So many of the climbing trip reports that you are likely to hear about in Oregon will feature the setting of central Oregon and the sprawling rock-tropolis of Smith Rock State Park. There is a reason Smith is such a sought after destination. It holds a special place in the culture of climbing and its varied landscape holds a little something for everyone. Smith’s long list of options and cultural magnetism are hard to resist but there is one thing it is not, Smith is not a crag.

The “local crag” is one of those oft repeated phrases in climbing parlance and for me it refers to the small climbing areas nestled throughout the countryside. They often do not have parking lots, or even roads and the guidebook is likely to be a thin bundle of papers with a cheap binding and laminated cover available at the small mountain shop in town or else it is an oral guide accessible only through mentorship or learned through blind ambition. What these crags lack in development they make up for in opportunity. Opportunities to learn, and to practice and to relax. I learned to climb at such a crag a short distance outside of town overlooking farm fields and a seasonal wetland. It is where I first discovered the joy of being alone on the wall.

Alex Honnold, the renowned free soloist and accomplished all around climber uses the same phrase “alone on the wall” in the title of his book describing his life of adventure and I borrow it here not to draw a comparison but to make a connection and shed light on the classic question, “why do we climb?” 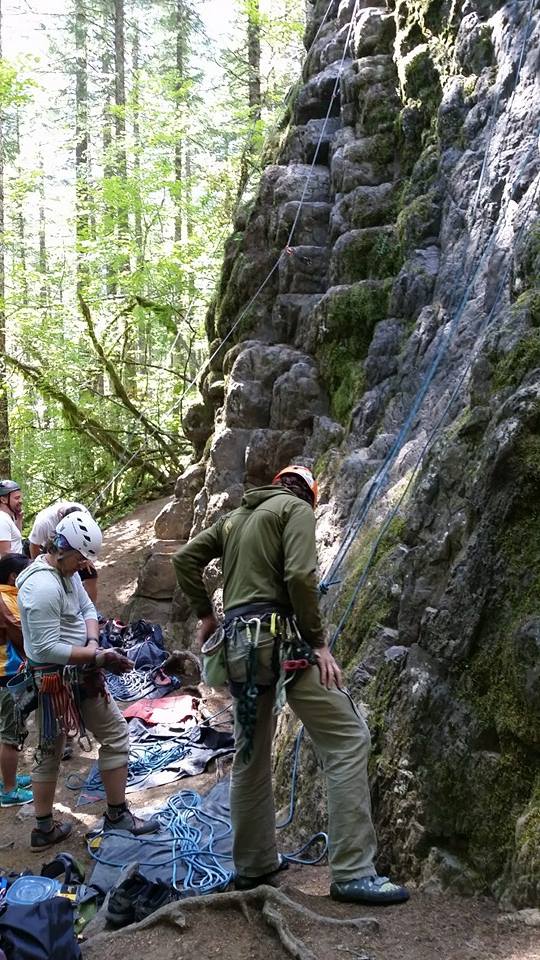 Preparing to scale the blocky walls of French’s Dome

French’s Dome is a crag located just outside the town of Zigzag, Oregon on the road to Mt. Hood. The rock itself is hardly visible until you are nearly upon it. The 160 foot tall dome rises silently from the surrounding forest offering 360 degrees of climbing. The near face is shorter and overhanging featuring the area’s hardest climbs but as you descend the slope around its base on the terraced trail the rock face becomes more blocky and the grade eases to accommodate a range of skill levels.

On my recent trip, the parking lot (really just a wide gravel area featuring a shotgun blasted port-a-pottie) was slightly crowded and the crag was slowly filling with groups of climbers. Most were teams of two traversing the many routes on the wall, never taking too long at any one route and willing to share the space.

When considering what route to choose next the conversation was less focused on pushing the grade and trying the hardest route we could find and instead we fell into 5-fun climbing, surveying the wall before us and choosing a route that looked fun, and they were all fun. Consistent rock quality allowed for long routes that worked their way up through the canopy and once finished offered stunning views of the western face of Mt. Hood. These were the type of routes I remembered from my first days of climbing. They offered the ability to disconnect from the gaze of the people on the ground and plug-in to the rock at your fingertips, sense the sun on your back, hear the wind in the trees and feel alone on the wall.

More than anything that day of climbing reminded me of a hidden joy that I had forgotten. I had spent so many years trying to convince others of my abilities by trying to climb the hardest routes I could every time I went climbing that I neglected the satisfaction of climbing just to be on top of something and see what it looks like from up there.

The day’s best climbing came on the crag’s few multi-pitch routes. Steadily and competently making our way up the longest face of the dome we arrived at its small summit with a clear sense of accomplishment, a stunning view and a fun free hanging rappel back into the lush forest below.

There are many reasons to climb. We climb to be seen, we climb to see the unseen, and sometimes we climb to connect. There are just as many reasons to visit French’s Dome: it lies only an hour and half away, it has a mix of challenging and comfortable routes, and it offers beautiful views and smaller crowds. But, I think you’ll find something more significant than a change of scenery on your next visit and I hope when you find it you’ll share it. 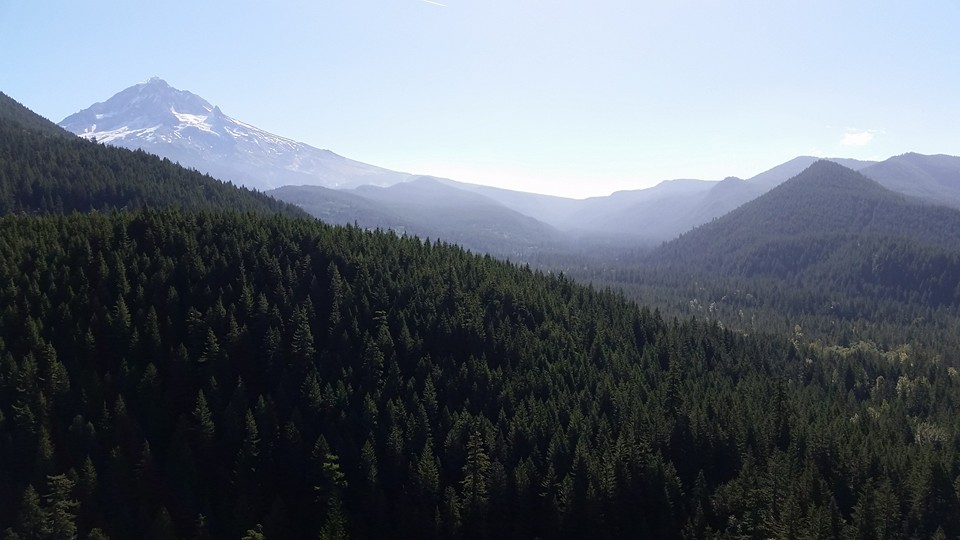 A distinctly Oregon view from the top of the crag