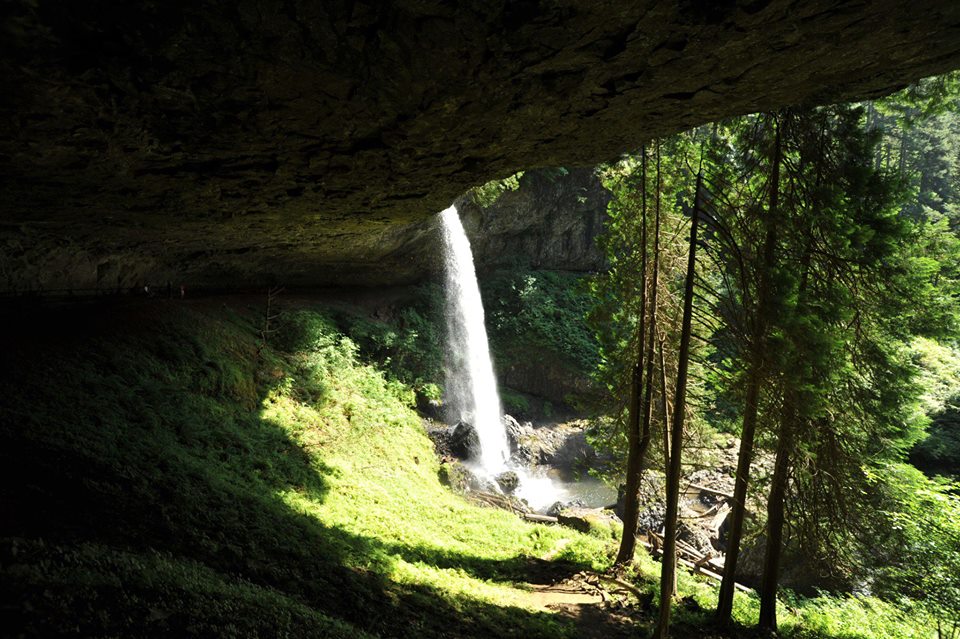 A century ago the president of the United States, Woodrow Wilson, forged new ground with his creation of the National Park Service. Although the first national park had in fact been established several decades earlier in 1872, this new service would serve to bring Yellowstone and other nationally designated areas like it under the supervision of one body dedicated to preserving natural and historic areas in our country.

Today, the Park Service manages over 400 areas across the nation including the famous parks of the West which are so often seen in movies and the media, parks like Yosemite, Yellowstone, Zion and even Oregon’s own Crater Lake. Oregon claims a few more nationally significant areas among the 400 plus sites in the U.S. but only one national park, at least for now.

Many residents of the Willamette Valley know Silver Falls State Park which sits on the eastern slopes of the valley, carved from farm and timber land and nestled at the base of the Cascade Range. The park is home to towering trees and plunging falls and a host of events including races and nature walks. What visitors to the park may not know is that before the creation of Silver Falls as a state park there was an effort to gain national park status for the area.

It is no wonder why Silver Falls would be worthy of such consideration. One day is not enough to explore the bounty of the park’s lands. Visitors to the park can enjoy more than 25 miles of mixed use trails including designated trails for horses and mountain bikes. Principal among Silver Falls’ attractions are the falls themselves which were transformed from literal spectator attractions in the early days before the park’s creation when the owners of the land charged a fee to watch old cars pushed over the edge or see daredevils brave the drop. Today, the Trail of Ten Falls captures many visitors’ attention as it winds through the park next to and even behind some of the greatest waterfalls in Western Oregon.

These falls have become the backdrop for many images in the current golden age for amateur phiyotography enabled by our smart phones and although the nature photo craze may be new, in Silver Falls at least these photos are only the latest in a long history. It was a photographer, after all, who led the campaign for the area’s designation as a National Park.

June Drake, the photographer in question, had grown up in nearby Silverton and forged many of the paths we use today to traverse the park. His photos communicated the wild beauty of this unique concentration of waterfalls and his love for the area and though his bid for national park status was unsuccessful his images and organizing efforts were pivotal in the eventual creation of what is now Oregon’s largest state park.

Drake’s proposal to the National Park Service was denied in 1926 after an inspector for the park service deemed the area unsuitable due to surrounding acres of scarred land from the timber industry. Ninety years later those scars have been covered with blankets of evergreens as the resilient wilds of Oregon bound back. The dream of a second national park for Oregon has been similarly resilient. Most recently, in 2008 a bill was proposed to the United States Congress seeking federal recognition for Silver Falls. Unfortunately, the bill did not succeed but with any luck and lots of pictures we may someday have another national park to be proud of.