Home Trip Report Joyful Misery: Why We Love to Hurt in the Mountains

Joyful Misery: Why We Love to Hurt in the Mountains 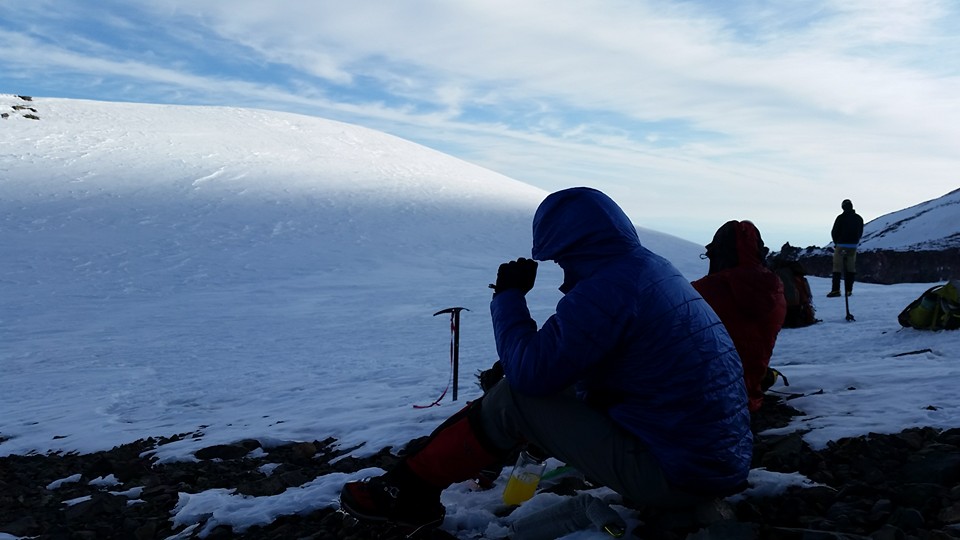 Mountain climbers have often been accused of being afflicted with an acute form of memory loss. No matter how severe the winds blow or how far we reach into our energy reserves on an arduous climb, given a day of rest and an opportunity to reflect most climbers will respond when asked ‘how was the trip?’ with a grin and the phrase ‘it was awesome’.

This phenomenon has also been referred to as Type 2 fun. Whereas Type 1 fun is associated with smiles and laughter, Type 2 fun is often characterized by a prolonged grimace and any laughter is more demented than joyous. But, reflecting back on these experiences the body’s memory seems to fade and when our aches have subsided we are left with the images of stark landscapes and the sense of accomplishment that comes from pushing beyond the limits of what most people consider fun. Recently I was afforded an opportunity to push my own boundaries and explore some Type 2 fun on a three day trip to climb Mt. Shasta in Northern California and in the process of suffering I learned a little about what makes me happy.

For those unfamiliar, Mt. Shasta bears a striking resemblance to our own Mt Hood, both in its volcanic origins as well as its prominence above the surrounding landscape. It’s snow covered peak rises high above the surrounding forested hills and golden valleys and offers a vantage point of the tall peaks to the south.

My own acquaintance with the mountain began the morning after we arrived at the trailhead as I woke up, unzipped the door to my tent and crawled into the new light of day. This spring’s warm weather had melted most of the roadside snow, but a few small patches clung to the shadows beneath towering trees and scattered boulders. The trailhead sits at almost 7,000 ft. and the air that morning held a little chill as I walked down the road to a clearing that offered a view to the south.

The great grey snake of I-5 could be seen even at this distance weaving through the foothills and granite crags, which unlike the crumbling pillars of basalt in Oregon looked like giant beasts rearing their heads from underneath a blanket of trees. We had ascended the many switchbacks of the mountain road in darkness the night before after a long drive from Salem and being surrounded by the the sights and smells of the high alpine that morning felt as though we had been teleported from the familiar environment of the Valley.

New views and old memories woken by familiar smells worked together to stoke the excitement that I felt building in my chest as I filled the nooks and crannies of my backpack to the point of bursting. In a first for me I lined up with the rest of my group to weigh my bag with a handheld scale brought along by our trip leader. I have never been one to count ounces or fret over a heavy pack, but this seemed to be an especially massive ensemble and my curiosity had been sparked. When the final weight came back instead of being dismayed by the number that started with a 5 and ended with a groan I was that much more excited for what lay before me. Great adventures often require heavy packs. 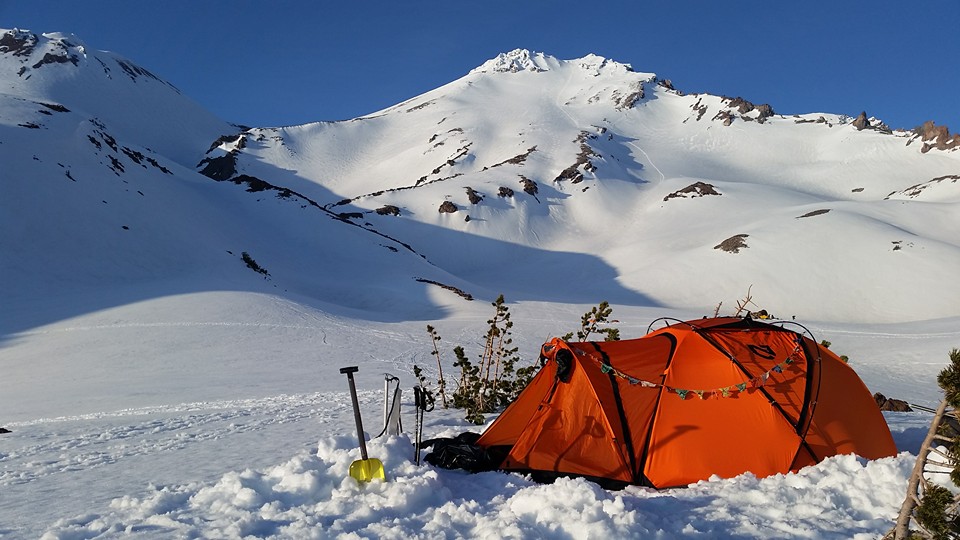 Our route led us through thin alpine forests and up, over and around the many earthen fins that radiate from the mountain’s peak to form its ridges and canyons. The pace was moderate as we had a somewhat large group and we were picking our way through scattered paths in the snow toward our basecamp destination. That site turned out to be a high bench known as Hidden Valley that extends from the base of the western face and the smaller summit of Shastina perched on the shoulder of the main peak. From here we could see our eventual route up the mountain. Channels of snow split and wove their way up the face and we could make out the tiny pinpricks of boot paths climbing up as well as the sweeping curves of the skiers descents heading down. Despite the true summit remaining hidden behind the face in front of us we got a good taste of what lay ahead in the early morning hours to come.

The chilly excitement of that morning proved to be not far off as we rose from fitful dreams at four in the morning and knocked life into our cold boots and bodies. Despite the sun’s absence our path remained well lit with the help of our headlamps and the sinking moon.

Up to this moment the trip had been very similar to my summit of Hood a few months prior. But, once the meat of the climb began the differences were readily apparent. On Hood I was driven by a long sought after goal to reach the summit of that familiar mountain. The route and my ambitions converged and led me straight up with little time to savor the new landscape or catch my breath. On Shasta my pace remained strong but the calling of the summit began to take a seat behind the process.

Our route led us up a series of short, steep rises and intermittent flats allowing us time to recover our breath and remember that we were walking up the side of an ancient volcano with spikes on our boots and axes in our hands. My excitement was that of a child embarking on an imaginary adventure, equipped with neat tools and an eagerness to see something new.

We crossed the Whitney Glacier roped together, calling out commands as we spread across the snowfield. Pausing halfway, perched on the glistening slope that descended into the great ravine below, I looked up at the icy cliffs that surrounded us and thought, “I’m glad I got up this morning.” 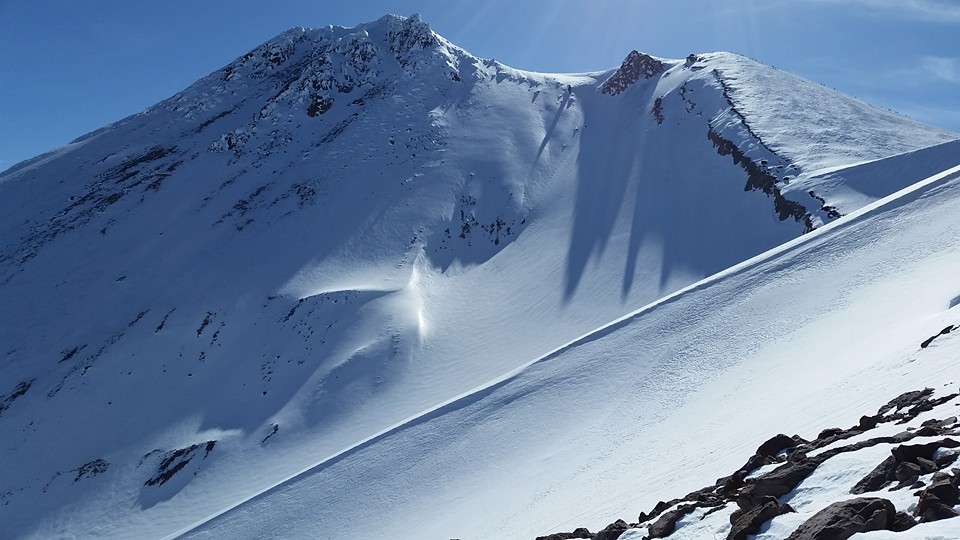 That moment was the peak of my climb, the height of my exhilaration and joy and it resonated with every footstep I took on that mountain. I was still looking forward to standing on the summit, in fact I was determined to do so, but reflecting back I realized that a successful climb for me did not require reaching the top. Happiness lay in simply being outside with good partners attempting to do something that pushed my threshold.

Of course, the climb went on and shortly after we stepped off the glacier to continue our bid for the summit my head began to throb and creeping waves of nausea washed over me. We had passed into the high altitude realm of the mountain and it was starting to get the best of me. I put my head down and placed one foot in front of the other until my feet were perched on the tiny outcropping of rock and ice that marked the summit. The weight of sickness remained perched on my shoulders until we had descended past the glacier into lower altitude again and even then I remained in a somewhat fogged state, craving water and rest. 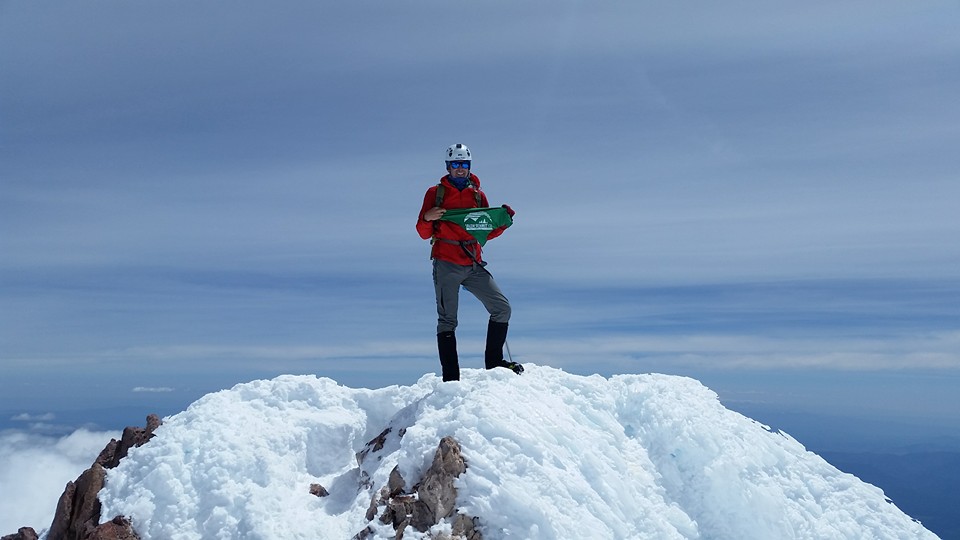 In spite of this pain and suffering, and maybe at some level because of it, thinking about that climb only brings me feelings of excitement rather than dread. I think of the joy I found in kicking my crampons into the snow again and again. I remember the adventure of crossing the glacier and beholding the splendor of the mountain. I am filled with childish glee at the thought of setting out to explore a place I had only imagined. It was the most miserable I have felt in recent memory and I would gladly do it again.