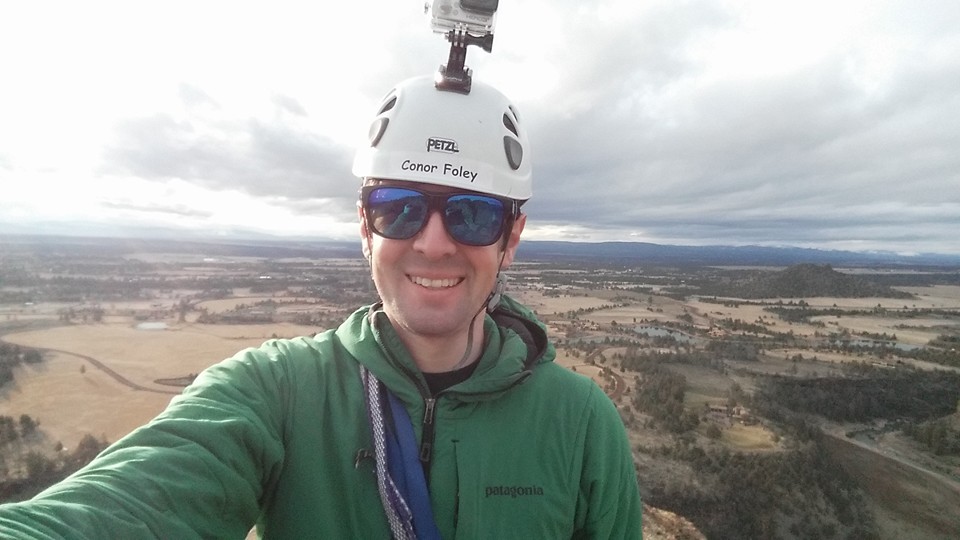 Cool and comfortable on top of the Monkey Face at Smith Rock State Park. Taken February 7, 2016.

Spring can be a tricky time for layers. One minute we stand in the park bathed in sunlight, surrounded by flowers in bloom, the next we are doused in a frigid shower and our boots churn the ground into a muddy mess. As a resident of this great state I have, through bare necessity, been forced to make good choices when it comes to the rain forecast. I feel fairly confident that when I step out the door on a spring morning that I have the necessary tools to return to my home at the end of the day relatively dry.

What has taken me a little longer to figure out is how to adjust to the temperature swings. Rain, especially in the vernal months of the year is pretty darn cold. Perhaps it is the juxtaposition of beautiful 60 degree days alongside the gray skies that makes these cold showers so unbearable. Whatever the case, I have discovered that the warmth and versatility of a nice sweater is not reserved for the fall. These days I find myself reaching for the same sweater over and over whether it’s fall or spring, winter or summer. The funny thing about this sweater is that it’s no sweater at all, it’s a jacket called the Nano Air Hoody from Patagonia.

I have owned the Patagonia Nano Air Hoody for almost a year and a half and I would wager that i have worn it on half of the days during that time period. In fact to calculate a rough percentage of the days on which I was wearing what is now my favorite jacket I used the closest thing I have to a day to day record of my life, my facebook account.

Since the day that I got my jacket there have been 141 pictures of me posted on facebook. Of those 141 pictures 47 show me clothed in the Nano Air. That is almost exactly a third of the total number of pictures. To put that number in perspective for you, this series of pictures spans 7 seasons, it includes a decent number of pictures from my wedding (on which, my mother will be happy to know, I was not wearing my jacket) and it also includes several throwback pictures from before the time when I owned the jacket. The point of me telling you all this is to say that the Nano Air Jacket is the closest thing I have found to the perfect piece.

I think that each person’s concept of what constitutes the perfect piece is likely to be different. Some may value a pair of shoes that goes with every outfit. Others may find their match in a pair of pants that seem to fit just as well the day after thanksgiving as they do in the middle of summer. For me, it has always been jackets. They are the first thing that catches my eye when I walk into a store. They call to me with their vibrant colors and soft fabrics. And for a time they become an inseparable part of my wardrobe. That is until the seasons change and my once close companion is relegated to the coat closet until the mercury drops again.

That dynamic changed when I found the Nano Air. Appropriately, Patagonia’s tagline for this jacket is “put it on, leave it on”. I chose to take that quite literally. Where others jackets might have you feeling uncomfortable or stiff sitting at the bar or on your couch at home, the Nano Air transitions seamlessly from jacket to sweater the minute you sit down. Much of that is due to the face fabric used in the jacket’s construction. Whereas the nylon in most jackets is stiff, the Nano Air joins the growing movement of jackets with four way mechanical stretch built into the nylon. This effect is accentuated by the the quilting pattern of the jacket which decreases the number of seams in high mobility areas like the arms and upper torso to maximize the fabric’s stretchability and allow for dynamic movement. 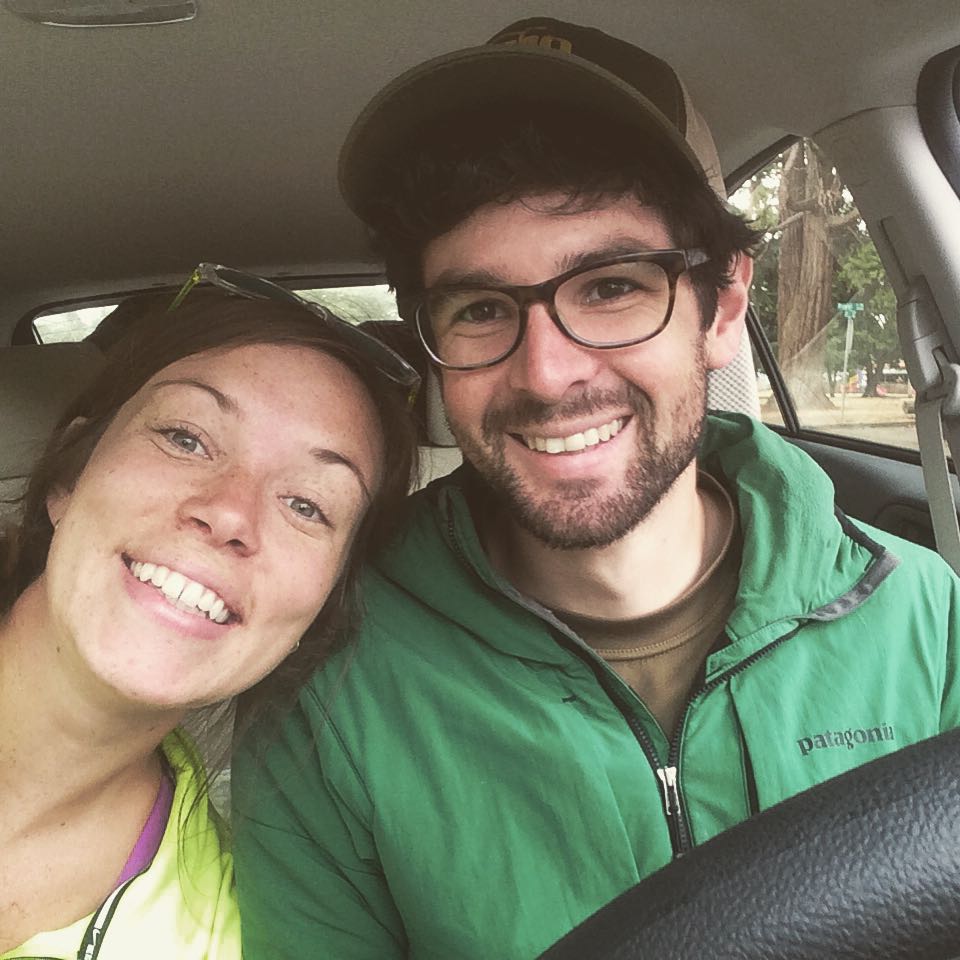 However, all of this stretch would be for naught if the Nano Air weren’t breathable. Walking inside to take shelter on a cold windy day often finds us immediately shedding layers when confronted with the well heated environs of our home or office. But while traditional synthetic insulation has tended to block airflow the revolutionary Full Range insulation in the Nano Air allows for excellent circulation keeping you sweat free and comfortable.

Considering all of these factors it seems that the usability of this jacket is boundless, and so far I’ve only talked about wearing it around town! While it is unfortunately the case that I find myself in town far more often than I find myself in the woods, my jacket is likely to accompany me in both locations. Patagonia designed the Nano Air to be a highly breathable layer for athletes whose pursuits often find them in a start and stop process. Whether it’s rock climbing or hiking we don’t want to be constantly changing layers as our body temperature rises and falls with intermittent high cardio exercise.

One of the Nano-Air’s earliest celebrity appearances was on the back of the famous climber Tommy Caldwell as he scaled the massive granite face of the Dawn Wall in Yosemite National Park in January of 2015, a feat that sent him through hot days and cold nights. While my adventures may not be quite so rigorous, I find the Nano Air to be no less useful. I recently wrote about my ascent of the Monkey Face formation at Smith Rock State Park during the month of February and although my lungs and legs were tested by my introduction to the world of aid climbing, I kept the Nano Air on for the entirety of the climb staying both comfortably cool and pleasantly warm over the course of the day.

Ultimately, every piece of gear must prove its usefulness and at a time in life when the amount of money earned does not far exceed money spent the cost of gear seems especially amplified, emphasizing that usefulness. In this sense, the Nano Air has passed the most important test with flying colors as I find myself reaching for my now signature jacket first thing in the morning before I eat my breakfast as often as I find myself using it to layer up before a long hike or even throwing it on before climbing in a chilly rock gym. For me, it’s money well spent.

Chances are if you’ve been in the store sometime over the past year and a half you have seen me wearing my green Nano Air and the next time you stop in I recommend you try one on for yourself.